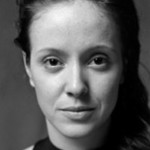 Nina’s professional dance career began in Curitiba, Brazil, in 2007 at the Balé Teatro Guaíra, where she performed various classical and contemporary pieces such as The Nutcracker and Treze Gestos de um Corpo by Olga Roriz. In 2009 Nina moved to Germany to work with Theater Nordhausen Ballett where she was able to co-create many of the leading roles she was given. Since moving to the uk in 2011, Nina has worked as ballet tutor at various dance schools and studios. Last year she returned to Germany as a guest dancer at the Theater Koblenz. Nina Monteiro holds her ISTD Cecchetti Diploma of Dance Instruction.